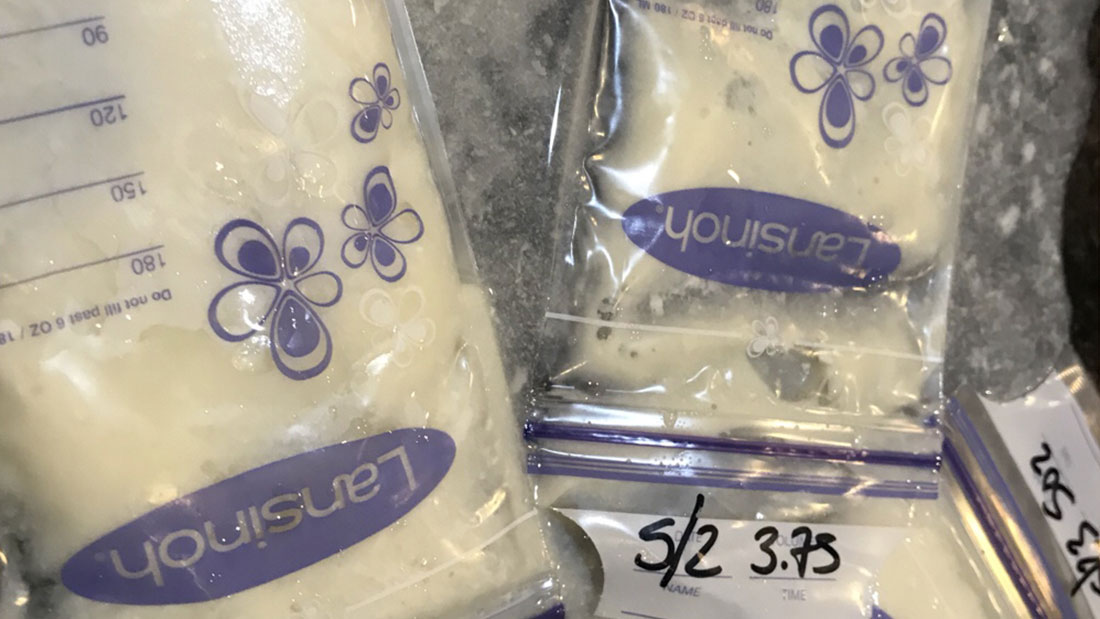 07 Aug A Breastfeeding Nightmare- A Freezer Full of Defrosted Breast Milk and a Rage Filled Momma!

Posted at 13:38h in Mom Life by The Funny Momma 0 Comments

I was blessed to be able to breastfeed both of my boys. Although breastfeeding is beautiful and I am grateful that I was able to nourish my children, breastfeeding is hard AF and at the end of the day, I truly hated it. Both CJ and Ashton latched right away and adapted to a feeding schedule pretty easily so I had no issues in that regard. The problem with breastfeeding is that everyone talks about the beauty of it but no one tells you all the crazy shit that happens to your tits, mind and fucking soul. And then there was this one time when 6 months’ worth of frozen breast milk was accidentally defrosted and spoiled. I know you have questions, so let me explain.

First, let me break down the pros and cons of breastfeeding:

I used the same method for both of my boys to ensure they would be on breast milk for an entire year. I would feed them and in between feedings, I would do a separate pump session and store that milk in the deep freezer. By the end of each night, I was storing at least 32 ounces of milk.  I was a mother fucking milk factory!

By the time they reached 6 months, I already had 6 months worth of milk frozen for them. That way, I could wean them off of the boob while still giving them nutritious breast milk for the entire first year of their lives! My plan worked perfectly with CJ. He ran out of frozen breast milk at 11 months, 3 weeks and 2 days.  My plan nearly worked out perfectly with Ashton until the unthinkable happened!

3 weeks before Ashton turned 6 months, I was already prepping myself and Ashton for what I like to call “The Release of the Nipple”. I had worked double time to pack our deep freezer full of breast milk that would last him until his first birthday. If all of my calculations were correct, I would’ve had 6 months’ worth of milk in just 21 short days.

It was the night of my sister’s birthday dinner, and Dayo and I were about to head out and drop the baby off at my mother-in-law’s house. I went to the deep freezer to pull a few bags for the baby to have later that night. Before I could open the freezer, I noticed a pool of water along the base. My heart dropped to my stomach.

Please God don’t tell me this water means what I think it means.

I looked over to the socket and saw the unplugged freezer cord. My eyes began to pool with tears. Someone in the house had accidentally unplugged the freezer and all of my stash had been defrosted. For those who don’t know, once frozen breast milk is defrosted, it has to be used immediately or tossed.

I dropped to the ground and began sobbing hysterically. My husband ran into the room to see what was wrong. I started screaming that someone had unplugged the freezer and all of the milk was gone. In the midst of explaining, I noticed my husband’s large flag football bag resting on a part of the cord. My sadness quickly turned to anger. I was almost positive that it was his fault because his bag was resting so neatly on top of my mother fucking freezer cord. He was gonna pay.

All I remember feeling is full-blown rage. I started grabbing the bags of titty milk and hurling them at my husband. Some hit my target while others landed on the wall/floor- exploding into giant splashes of melted, liquid gold. Out of all of the hundreds of bags, I only had 16 left that were still frozen on the very bottom of the freezer. It was the worst day of my life.

So there my husband is, standing there, drenched in boob juice while I’m on the floor sobbing like a damn baby. What in the hell was I about to do? There was no way I could re-pump all of that and I didn’t want to breastfeed for another 6 months. I can’t remember my words exactly, but I’m pretty sure I was screaming “…my life is over” while holding my knees to my chest and rocking back and forth.

Side Note: If you’re new to this blog, you’ll quickly learn that I am the most dramatic person you’ll ever meet in your entire life.

10 minutes later I remembered that we had somewhere to be…My sister’s birthday dinner! I wiped off my running mascara, blew my nose and threw the baby on my boob really quick. Since I had to reserve the very small amount of breast milk I had left, I had to feed Ashton again which bought me exactly three hours to drop the baby off, go to dinner and get back in time for the next feeding. So no wine for me that night. I was so close to freedom and now I was back in prison.

I’ll spare you all the details of how the rest of the night went, but just know that I burst into tears about six times at the dinner table that night. I felt like I was ruining my sister’s dinner, but I was literally heartbroken. I had worked so hard to pump and store all of that milk.  Now I had to make a big decision.   Was I going to continue to breastfeed my baby or put him on formula?

I’m not going to lie, it took me about three days to stop crying. Let’s not forget that I was in the middle of dealing with some serious postpartum depression, so this shit was just the icing on the cake (read all about my postpartum depression journey here). But as all moms know, the show must go on! Even though I was distraught and depressed, the baby wasn’t going to feed his damn self, so unless my husband could miraculously figure out how to start producing milk, I had to figure this shit out.

After much thought, I decided to continue to breastfeed the baby until he was eight months old and slowly introduce him to formula. That would give me enough time to build up a supply for the baby so he could make it to around 10 months on breast milk. Even though I really wanted him to make it to 12 months like CJ, I was just too emotionally drained to go that long.

I often times find myself in a place where I am beating myself up for not pushing harder for my baby. Was I just being lazy? I did it for CJ, so shouldn’t I have done the same for Ashton? Am I a bad mom? And then I remember how hard I worked to originally produce all of that wasted milk. So no, I wasn’t lazy. Then I remember that with CJ I was 10 years younger and not struggling with postpartum depression. So no, I’m not wrong for having had CJ on breast milk longer than Ashton. Then I remember how much I love and care for all of my children. So no, I’m not a bad mom. I’m actually a pretty fucking awesome mom.

Breastfeeding is beautiful. There is absolutely no doubt about that. But it is way harder than what it seems. So if you are in a place where breastfeeding is too overwhelming, don’t beat yourself up if you can’t do it anymore. You’ve tried your best, Momma, and that’s all that matters. You’ve given your baby a beautiful gift and created a bond that can never be broken. Never forget that.

Do you have any crazy breastfeeding stories? Let me know below in the comments!