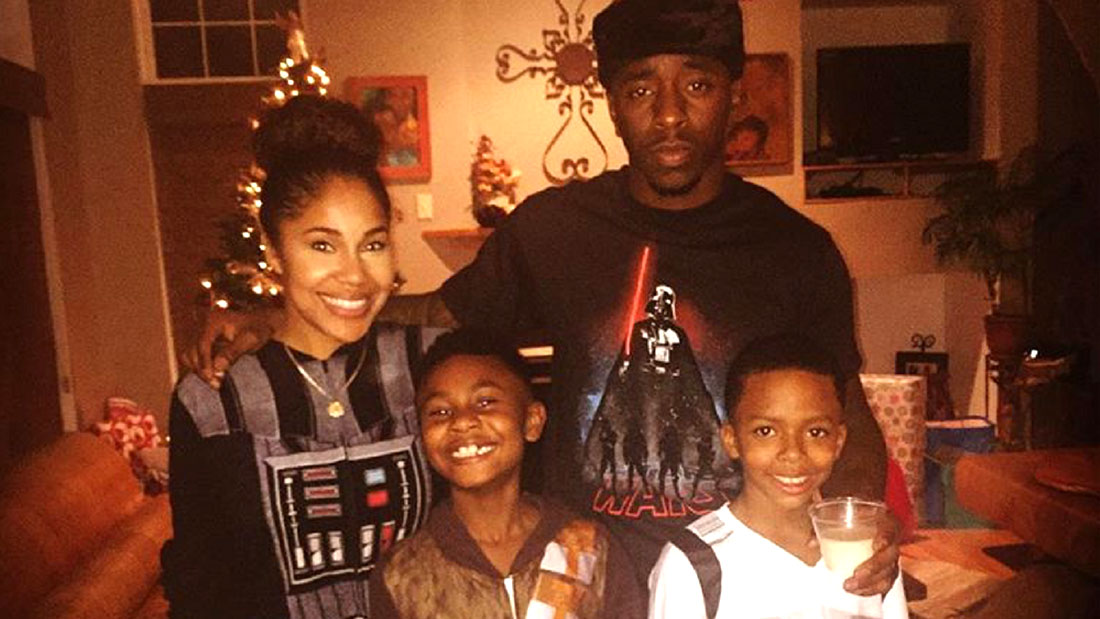 Posted at 09:00h in Family by The Funny Momma 8 Comments

Christmas is basically here! I can’t believe it! I also can’t believe that I got all of my shopping done already- which is literally a Christmas miracle!

Anyway, in honor of the holidays (and my favorite holiday if I hadn’t already made that clear), I wanted to share with you all how my husband and I broke the news to our two oldest boys that the fat man in the red suit was a fraud.

I’d like to start off by stating that this was not my idea. I always planned to take the same approach my parents did which was to never tell us the truth about Santa and ride the Polar Express until the wheels fell off. Put it this way, in middle school I was still writing letters to Santa and my mom was still responding as Santa’s ghostwriter.

The truth never changed Christmas for me. I still secretly believe in Santa and will continue to do so until the day I die. I’m a Christmas fanatic who will gladly scream carols from the rooftop just to bring holiday cheer to all the children of the land. I am basically the Christmas mascot. So filling my children in on the whole Santa secret was never something I planned on doing.

My husband, Dayo, on the other hand comes from a strong family of Nigerian men and women who have no time to give Santa credit for their hard work. They hardly ever entertain the idea of Santa and on the rare occasion that they do, they nip that shit in the bud by the time you start grade school. My father-in-law once laughed hysterically in my face when he heard me tell CJ that “he better behave or I was going to call Santa.” He then proceeded to call multiple members of his family to tell them how I used an invisible, fat man as a threat. FML.

Last year, two weeks before Christmas, Dayo sent me a text that read the dreaded “we need to talk”. While I thought this was a serious talk regarding how much I spent for presents or the “mystery” dent I left on his car the last time I used it, he merely wanted to discuss revealing the truth about Santa to the boys. When he came home I was wearing my candy cane stripped pajamas, Santa Clause slippers, drinking spiked hot chocolate and watching Home Alone. This probably wasn’t the best time to approach me regarding murdering our children’s holiday dreams and wishes, but Dayo is not known for good timing.

“Babe, we really need to talk.”

“Ok, but first let me explain. I know I was supposed to stay within budget but-“

“I think it’s time we tell the boys about Santa.”

“The boys are now 9 and 10. EVERY other child in their class knows the truth, but our boys are having intense debates with their classmates on the legitimacy of Santa. They sound like bozos and as their dad, I can’t let them go out like this. So can we agree to tell them? ”

Fast forward to two hours later, I’ve downed three cups of spiked eggnog and tears are pouring from my eyes. He broke me and I finally agreed to letting the secret out. I called CJ’s dad to make sure he was cool with it and Dayo called Elijah’s mom to ask her as well.

The next morning, before we left to drop the boys off at school, we called them into our bathroom. The boys walked in and sat on the edge of the bathtub. CJ was carrying an extremely guilty face so he probably thought he had been caught in one of his many mischievous deeds, but this day he had dodged a bullet. We had bigger fish to fry. Dayo looked at me and whispered “OK. We’re in this together, right?” to which I confidently responded “Yup. One united front. I got your back.”

Dayo: “Boys. We need to talk to you all about Santa.”

CJ breathed a sigh of relief.

I couldn’t take the pressure and I cracked. My kids were going to think I was a liar and never believe me again! So I did what any well respected, loving mother would do… I threw my husband under the bus.

“What do you mean he’s not real?!? This is bullshit, Dayo! I can’t believe you’ve been lying to all of us for years! You’re a monster!”

Dayo just stared at me. Blinking in irritation.

Elijah: “Yeah. CJ told me two Christmas’ ago, but said not to tell you all because then we would still get an extra gift from S-“

CJ kicked Elijah in the shin and smiled sweetly at us. My oldest boys are polar opposites. Where they differ the most is that CJ is a prankster and fib teller and Elijah is very honest and a the most gullible person in the history of the world. So what happened next should’ve come as no surprise.

Dayo: “Oh OK. So I guess you knew about the Tooth Fairy and the Easter bunny, too?”

Elijah: “What about them?… wait. Are you telling me the Tooth Fairy and the Easter bunny aren’t real either? Please tell me this is a joke. CJ, YOU SAID THEY WERE REAL!”

CJ breaks out in uncontrollable laughter, Elijah tears up, Dayo is giving me the evil death stare for betraying him and I am uncomfortably smiling at Dayo in attempts to get back in his good graces.

Realizing that my boys were growing up and didn’t believe in Santa anymore, definitely broke my heart a little bit, but I did not let it damper my Christmas spirit! I’m not even going to lie, I still label some of the boys’ gifts “from Santa” and make the boys go to bed early on Christmas Eve so that “Santa can leave their gifts under the tree”. As the unofficial mascot of Christmas, I cannot and will not leave Santa out of my Christmas routine!

How was it breaking the truth about Santa to your kids? How old were they? Were they traumatized?! Did they already know the truth? Tell me all about it!