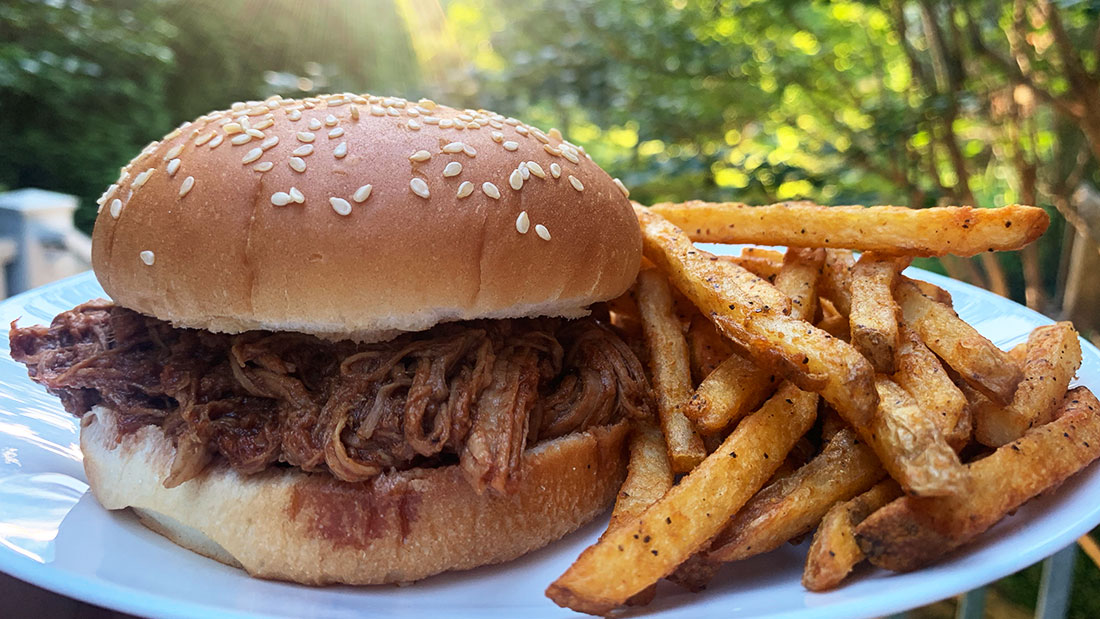 Posted at 20:08h in Recipes by The Funny Momma 0 Comments

Last week I bought split chicken breasts because it was on sale and I was broke lol. Then I had to figure out what to make with it. I got home and found a bottle of BBQ sauce and potato rolls, I knew just what to make- PULLED CHICKEN SLIDERS! It was 6pm and I had to move quick. So I pulled out my instant pot and got to work. To my astonishment, it only took 15 minutes to cook! Tender, juicy chicken that tasted like it had cooked in the slow cooker for hours! MOM WIN! Let me know what you think about the recipe below!

If you’re making this in a crock pot, put everything except the BBQ sauce in the crock pot on low for 5 hours. Then follow steps 5-7.

Ps. I used Flavor God seasoning (here’s the link if you want to try it) because it’s my favorite and tastes BOMB but you can totally just use season salt instead. Just omit the salt if you do.

And if you haven’t tried the Instant Pot but your on the fence about buying one, I would strongly suggest you do! It’s a life saver! Click here if you’re interested in getting one:)

As an Amazon Associate I earn from qualifying purchases.