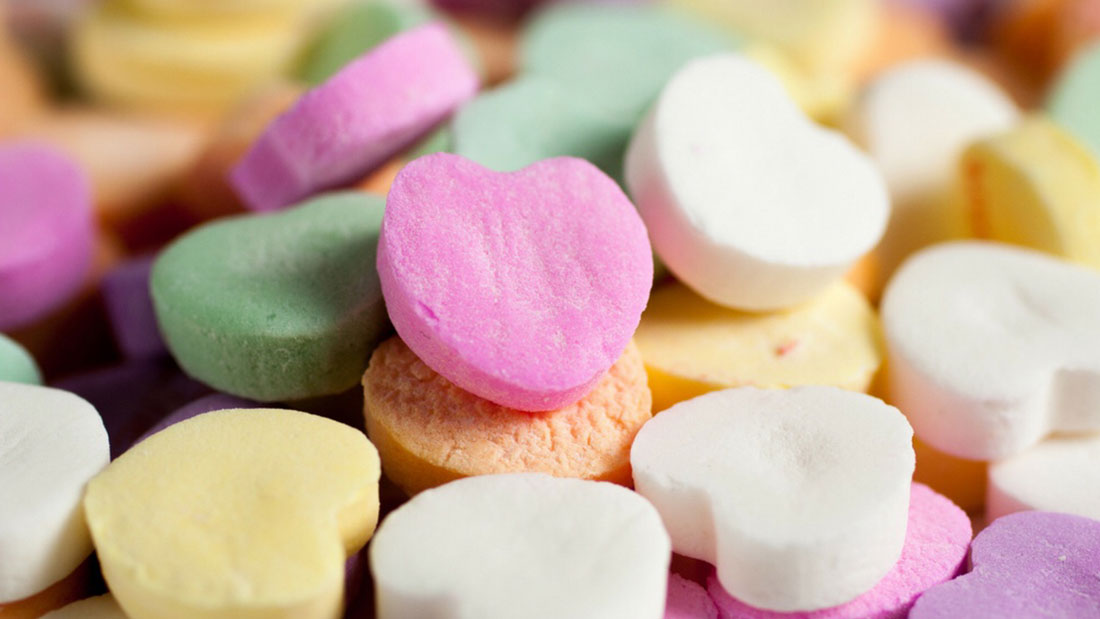 Posted at 09:32h in Mom Life by The Funny Momma 2 Comments

You may find this hard to believe, but I have never really been a fan of Valentine’s Day. Don’t get me wrong, I’m all about the romantics, but Valentine’s Day just never seems to go right for me. As you can imagine, I have an embarrassing V-Day story to share with you. Wanna hear it? Of course you do!

It all started in high school – 10th grade to be exact. I was dating this guy and we were totally the “it” couple. Everything was going great until I found out he was he was cheating on me with a little hussy who had recently caught his eye. Psst…You didn’t hear it from me but I heard she was a cold freak.

To add insult to injury, I found this out five days before Valentine’s Day? Long story short, we had a very dramatic, high school break up. Looking back on my life, I now see that I was magnet for terrible break ups. I could never just have an amicable break up. Everything had to be so extra. I guess the common denominator is me. I am one for the dramatics, after all.

Anyway, there was no way I was about to get played five days before Valentine’s Day and then just be alone. I didn’t know how, but I knew I was going to make my ex-boyfriend extremely jealous. The problem with getting a Valentine in such short notice is that everyone is pretty much taken. So I decided I would make one up. This took a lot of strategic planning, but I knew just how to pull that shit off. I know you have questions. Let me explain.

First, I had to set up the perfect scenario. I needed to look like I was in high demand, especially now that I was single. I wanted to look like I had guys just waiting to take me on a date, which meant my phone needed to be ringing off the hook. Now mind you, at this point in time, everyone in school had a Nextel or Nokia phone. Everyone but me! My parents, because they clearly hated me, decided to give me a motherfucking pager. Like it was 1992. And it wasn’t even a new pager. It was my big sister Bonnie’s old pager that she replaced with a Nextel. But I didn’t give a shit. I was gonna put that pager to work.

So for the next few days, I had my best friend send me pages from her phone during the science class that I shared with my ex. And I didn’t put the pager on vibrate, I had the volume ALL THE WAY UP, so that he would know that someone was very interested in getting in contact with me. I even got in trouble a couple of times, but I didn’t care because I was 100% dedicated to this mission. Besides, my ex was totally taking notice.

Step One: Get ex’s attention. Check.

Do you remember those candy grams from high school? They were $0.50 each and you could send them to your secret admirer, or friends, or whoever. Well I spent $20 on my damn self, which got me 40 candy grams. I also have a very awkward conversation with, Phil (the greatest SGA president of all time), who was at the booth where you purchase the candy grams.

“So you want to send these to yours-”

“YES! I’m sending them to myself! Now keep it down and give me the form.”

I had to write who each candy gram was from. I had 40 so I had to get pretty clever.
“from your baby.”, “from the love of your life”, “from your secret admirer.” You know. Shit like that. The whole time, Phil was looking at me like I was hella crazy and I just looked back at him like if he said anything to anyone I would hunt him down and gut him like a fish. I’m happy to report that he’s kept my secret all of these years. Phil, if you’re reading this, you’re the real MVP!

Step Two: Make it appear as if I had multiple Valentine’s Day options. Check.

Now I needed the perfect outfit for Valentine’s Day. Something that was really going to knock my ex’s socks off and make him regret ever breaking my heart. I went to my favorite place to shop, my sister Bonnie’s closet. I remembered a week or two before she had just bought a bright pink Coogi dress. It was sleeveless and short. Just what I needed to slay the shit out of Valentine’s Day.

The problem was Bonnie wasn’t too keen on me wearing her clothes. The only way I was going to get that dress was if I snuck it out of the closet; which she kept a very heavily guarded. Long story short, I risked my life, but I got the dress. The dress still had a tag on it and I knew if I ripped it off she would know that I had worn it. So I just tucked it in the back of the dress and voilà! Instant “bad bitch” attire. Did I mention that in Maryland it is freezing cold in February? Doesn’t matter. You couldn’t tell me shit.

P.S. Bonnie later found out I wore her brand, spankin’ new dress and beat my ass. It was worth it though.

Here was the hard part. I had to look like I had not only secured a new Valentine, but this one had to look like a real classy man. I mean a buy you chocolates, balloons AND flowers type of man. I’m not sure how V-day went down in other people’s high school, but at Roosevelt, Valentine’s Day was a fucking spectacle. Most of these kids were barely old enough to get a job, so how in the heoll did they afford five dozen blooming red roses, edible arrangements and teddy bears that were taller than the captain of the football team? I had a lot to compete with. My gift HAD to be the best. I needed some money and I knew just how to get it.

My high school was a school of gamblers. We had multiple tables in the lunch room that were dedicated to Spades games. You would walk in and the cafeteria literally looked like the MGM. The administration allowed the card play, but had a hard rule against gambling. Nobody cared though. We just slid the money under the table. I was damn good at Spades. And on this particular day (the day before V-Day) I had to be extra good so that I could afford to buy myself the most elaborate, over-the-top Valentine’s Day gift ever. I came out with $60. At Eleanor Roosevelt High School, winning $60 off of spades game was like hitting the jackpot. I was set to go.

Now it’s Valentine’s Day and I am awake super early. I remember blasting Mystikal’s song “Danger” to hype me up for what would be the most epic Valentine’s Day ever. I couldn’t wear Bonnie’s dress out of the house or I would get caught. So what did I do? I tucked it away in my book bag, so I could put it on in the locker room when I got to school.

I insisted that my father drop me off at school 45 minutes early at the bagel shop across the street from school for a small study group I had joined. My father should’ve known damn well my ass wasn’t going to study, but he could tell that I was super pressed to get there and was too tired to fight me about it.

Now my plan was finally in action. After my dad dropped me off, I walked over to the grocery and picked up the $40 worth of balloons I ordered the day before. That got me 25 mylar and latex balloons. Have you ever walked around with 25 balloons? I looked like I was about to greet people coming in to a Six Flags.

Then I used remaining $20 to buy myself 2 dozen roses. Since I was at the grocery store pretty early, I got some good quality roses.

Here’s where things got a little tricky: Although the grocery store was a very short car ride from the school, it was a VERY LONG WALK! ESPECIALLY when you are trying to make sure no one sees you leaving the store with the balloons you are going to claim your dream guy got for you.

THANKFULLY I ran into this girl from my chemistry class and she offered to give me a ride. She drove a Honda Civic, so it was a very tight squeeze with my 25 balloons. But she was a major stoner, so she didn’t care. This car ride also offered me the opportunity to get dressed in the back of the car on the way to school.

Finally, I get to school and I walk in the joint like I own the place. My outfit was poppin’, I had hella balloons following me down the hallway, and my pager was going off. Life. Was. Good.

As I’m walking down the hallway everyone was commenting:

“Damn, Tryce. Someone loves you.”

“Oh shit! You bout to float away with all them balloons!”

“Dang! Who is your Valentine? He got a brother?”

I answered very nonchalantly, “Oh, it’s just this guy I date who is in college. No big deal.”

It was incredible, but I had to find my ex in order for all of this to be worth it.

That wasn’t hard because we shared the same 1st period and the candy grams just so happened to be passed out in first period. Did I mention that the little skeezer he was now seeing was in my first period as well? Can you say win?

When I walked in the class, it got a little awkward cause my balloons got stuck in the doorway and two girls walking behind me weren’t paying attention and ran smack into them. But that’s neither here nor there. My ex had noticed me and I didn’t give his ass the time of day.

The guy walked in with the box of candy grams and I couldn’t WAIT for him to call my name. He starts calling names and lands on the homewrecker’s name. She got 3. That means that loser ex of mine spent $1.50 on this girl. Pathetic.

Then he got to my name.

At this point, I can see that my ex is the fuming and I was loving every second of it. I had this Valentine’s Day in the bag. When the class let out he came up to me and said “Wow. you move on quickly.” I guess that was supposed to be a jab. But I didn’t care cause my mission was accomplished.

He made a weird face, but I know he was still jealous AF. And I felt amazing. Not only did I make my ex jealous, I actually had a pretty awesome day. Sure all of the gifts were from me, but nobody can appreciate you like yourself. And I appreciated the shit out of myself that day.

Ladies – do you have any eventful Valentine’s Day stories? I want to hear all about it!