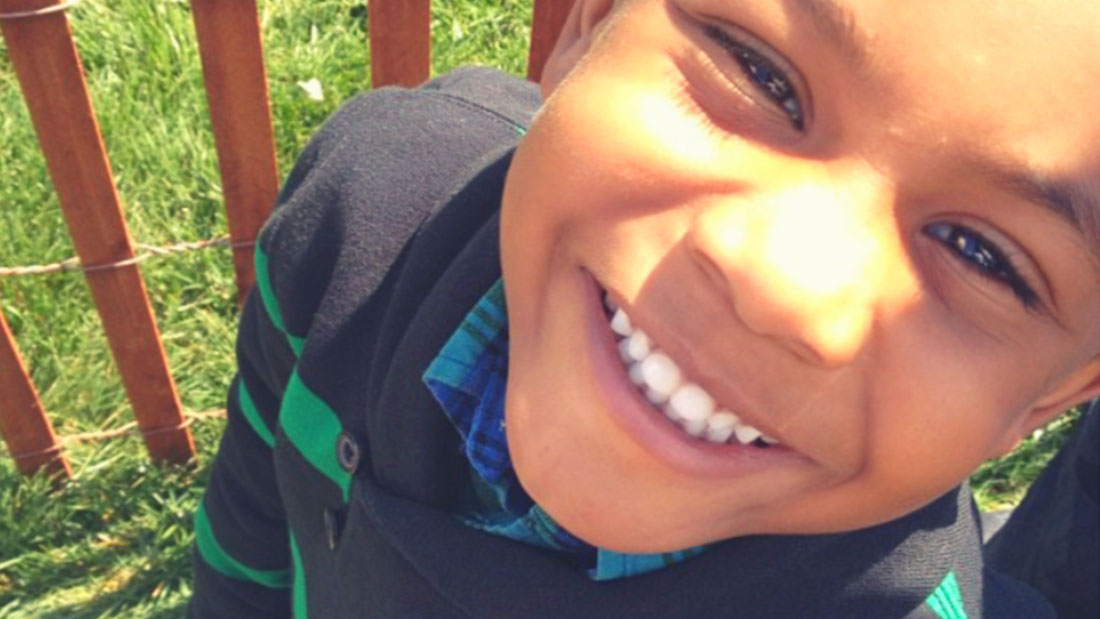 06 Nov My Angel on Earth- A Homeless Hug, a Food Gun and a Good Friend.

Posted at 16:01h in Family by The Funny Momma 0 Comments

It’s a weird yet powerful feeling when you actually aspire to be like your child. You always think about being a good role model for them to follow, but sometimes your kid can inspire you to be a better version of yourself. That’s how I feel about my son CJ. I know you have questions so let me explain.

CJ, my firstborn, is hilarious, courageous and loyal.  He loves so hard, is extremely sympathetic and very kind. Out of all of his amazing qualities, his compassionate nature is my absolute favorite. CJ doesn’t like anyone to be in a bad mood, and if they are, he feels it’s his job to make them feel better. His main goal in life is to put a smile on everyone’s face. Don’t get me wrong, CJ is still a mischievous little shit that thoroughly enjoys pretending like he doesn’t hear me when I call him (click here to read about his sneaky side), but my little baby boy is the closest thing to an angel that I’ve ever known. 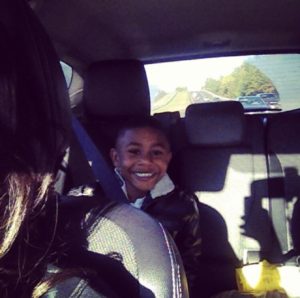 When CJ was four years old, we were in Annapolis, at a parade. I remember I was holding his hand and we walked past a homeless man sitting on the curb who was holding a cup out and was asking for a change. CJ looked up to me and said “Mami, how come he’s asking for money?” To which I responded “…because baby, he doesn’t have any food to eat and he needs the money to buy some”. So he asked me for some money to give to the man. I gave CJ the change that I have in my purse and let him put it in the cup. I then grabbed his hand and kept walking.

As we walked away, CJ kept looking back, staring at the man. All of the sudden he pulled his hand away from me and ran back in the other direction. Obviously I freaked out. We were in the middle of a crowded parade and my 4 year old just broke loose.  But when I turned to run after him, I was shocked with what I saw. CJ was hugging the homeless man.

Just because I said CJ was a saint, doesn’t mean that his mom has the same tender qualities. I wish I could say that my first thought was to thank God for giving me such a compassionate and loving child but it was not. My first thought was to rip CJ away from the homeless man and douse him in hand sanitizer… which I did.

I ran up to my son, grabbed him, smiled nervously at the homeless man and proceeded to wipe him down in purell. Right in front of the guys face. “Don’t you ever do that again CJ! That was so dangerous! You can’t just go snatching your hand away from Mami and hugging people!” CJ just looked at me and said “But mommy he was so sad. I just wanted to make him happy again.”

If you’re wondering if I felt like a bitch at that moment- I did.

When I finally got CJ settled and as clean as I could get him with the pocket hand sanitizer I had in my purse, I looked up to glance at the homeless man. His eyes were filled with tears. At that very moment it was clear to me that that man probably had it been hugged in years. And CJ gives the best hugs. CJ smiled and waved at him and we kept walking. That’s when I first truly knew that CJ was special. 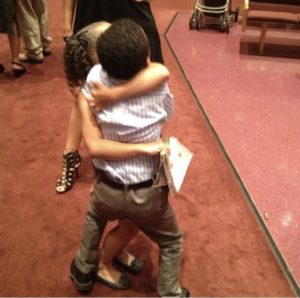 One of CJ’s special hugs

Then there was the food gun. When CJ was 8, for a school project, the students had to create an invention and sketch out a prototype. It could’ve been any invention they wanted it to be so when CJ drew a large gun with a funnel at the end of it and hand burgers spewing out, everyone in the class had major questions.

His teacher gave me a call and told me about what he had drawn. She said she asked him why he had drawn a gun and what the significance of the hamburgers was. To which CJ responded “This is a gun for homeless people. We’ll drive down the street, where a bunch of homeless people live, shoot the gun out the window and hamburgers pop out of it. That way they’ll never go hungry again.” I immediately teared up. He could’ve invented anything. The other kids invented flying cars, new gaming systems, and other things that kids would enjoy. Hell, he could’ve invented a new job for his mom where she got rich doing nothing.  And yet CJ‘s first thought was to help the homeless. I had never been so proud. 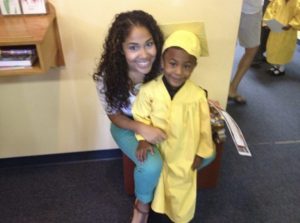 Last year, a little boy in CJ’s class came out of the closet and told his friends at recess that he was gay. A lot of the kids in the school then started to make fun of him. This little boy happened to be one of CJ’s good friends and CJ said that he was shocked when the boy told him. Shit- I was too. I didn’t know that 11 year old kids came out of the closet. I didn’t even think they were even thinking about things like that at that age. What impact would this have on my child? I was slightly freaking out. Even though I was shocked and totally not ready for this breaking news, I knew I had to play it cool.

I asked him how he felt about what his friend had told him. He looked at me and said “Mami, you said that no matter how anyone chooses to live their life, as long as they are being kind to others and not hurting anyone, you should respect them and the life they choose to live. He didn’t hurt me or anyone else. So I have no reason to stop being his friend.” I learned something very valuable that day. As many times as this hardheaded goofball ignored me and my constant rambling, he actually took in the good stuff and applied it to his own life. 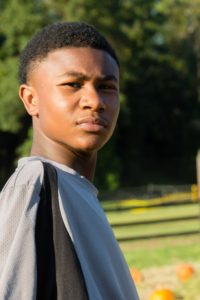 In all three of these instances, I not only learned how good of a person CJ is, I also learned how much I should aim to be as compassionate and kind as he is.

Instead of telling CJ how kind he was when he hugged the homeless man, I yelled and reprimanded him for touching a person that I deemed too dirty for a simple hug. Obviously I don’t want my son just running up and hugging homeless men, but his heart was set on making this man feel better. CJ, at 4 years old, could see a sad, broken man and all I could see was germs. I didn’t see a human at all.

When CJ was to create anything his little heart desired for a class project, his decision was selfless and sincere. His first thought was to help those in need. My ass would’ve for sure created a machine that could make me margaritas in the back of my car in a snap.

Not so selfless of me.

Finally, when CJ’s friend approached him with news that is not only uncomfortable to deliver but sometimes uncomfortable to accept, CJ didn’t think twice about his friendship. Meanwhile, I completely disregarded how the little boy must’ve felt especially after being picked on by people he thought were his friends. My first thought was ‘how is this going to affect MY child’. I never asked if the boy was ok. Not cool, Tryce. Not cool.

God made me a parent at such a young age. I always thought I was too irresponsible and way too immature to be a mom. How was I supposed to parent when I didn’t even know how to be an adult? But over the years I learned why I was chosen to be the mother of this incredible little boy. Because even  though it is my job to teach him to how be a great man, he is teaching me every day how to be a great human. And for that, I will forever be grateful. 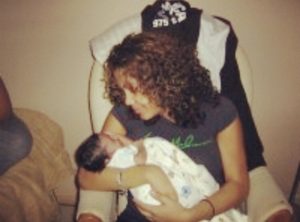